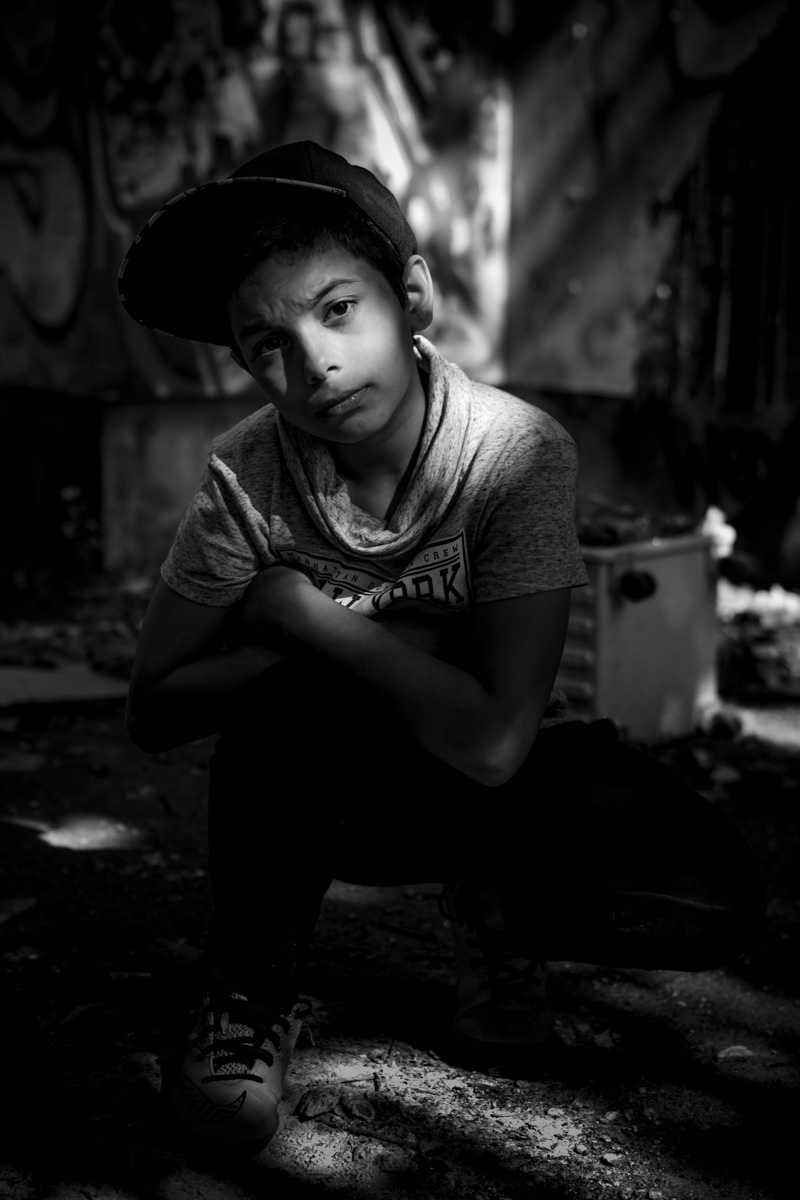 Kristjian was always a troublemaker.
Hitting other kids, being rude to kids and adults alike, throwing trash on the floor or spitting on the ground were all part of his everyday behavior.

When I started shooting little movies with the kids, telling stories they invented themselves, his contributions always involved mafia and gangsters, guns and violence.
Like for many boys his age being rough and strong and what he considered manly was very important for him, so when any other kid made fun of him, even with an innocent joke, he could react aggressively.

But after months of talking to him, trying to explain to him why being friendly, compassionate and peaceful is a good thing, that it helps creating an environment around you in which you can be much more free and relaxed and don’t always have to look over your shoulder and months of showing a good example, the people from the camp finally saw some change. It was in little things and just a beginning, but it gave me hope.

Last week, when we talked about ideas for our next little movie one boy suggested we did something with mafia and gangsters and Kristjian commented: „No, Mafia is stupid, I hate the Mafia, they only make everything bad.“

A couple of days ago, he and his family left Berlin, heading back to Serbia, where, because of mafia like criminal organizations, their life is going to be very uncertain.